Why We Love Coffee & Pavlov's Dog 
Is it because it tastes so fantastic?

Is it because it wakes us out of our morning slumber?

Do we like it because we enjoy the conversation we have with friends?

There are approximately 850 volatile compounds that have been identified that are associated with coffee flavor. This is probably overlooked when you are drinking coffee, but it makes a world of a difference to your roaster. The coffee is treated with love and care by the Roastmaster to bring out the best flavors much like a fine chef treats every meal with care.

What hits us first when we pour that first cup is the aroma. There is no getting around it. The smell of coffee is almost as invigorating as actually consuming it. The aroma that emanates from the coffee maker while brewing only increases our anticipation. The aroma that fills the kitchen (or coffee shop) has to be one of the most warm and inviting smells out there.

Premium specialty grade coffee (like what you buy from White Tale) is even more inviting because it is so fresh.

Coffee, more so than many other foods, drastically loses flavor and aroma as it ages. Proper storage helps hold these characteristics but if you only buy small amounts at one time, you ensure that your coffee will always be fresh.


Coffee is also a social beverage. Coffee shops are as integral in modern society for conversation as the office, restaurant or pub. It has been this way since coffee made its way out of Yemen and traveled north to Europe. All along the way coffee houses prospered. Coffee shops became houses of passing along knowledge and dissent. 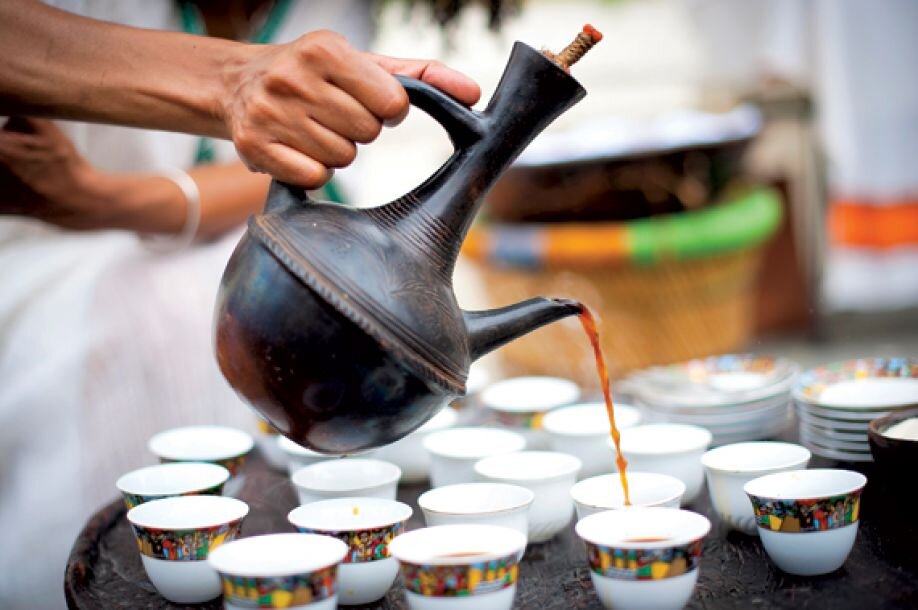 Buna tetu’ which translates to ‘come drink coffee’ is a famous communal tradition in Ethiopia. Families will send children to knock on their neighbors homes to invite them to come share some coffee. This bonding nature of Ethiopians is a key thread in the fabric of its society.

Coffee shops in the Ottoman Empire brought together citizens across society for educational, social, and political activity as well as general information exchange. The first cafe to open in Istanbul was in 1555. The cafe became the “4th Place” for people to exchange ideas after home, work and mosque.

The first coffee shop to open in London was in the year 1652. The fact that different classes of society could sit elbow to elbow was revolutionary on its own, but here ideas could be exchanged peacefully. King Charles I tried to outlaw coffee shops as “houses of defamation”. The royal decree lasted only 11 days due to public outcry. Coffee shops were here to stay.

In Oxford coffee shops were commonly known as “penny universities”. There is a story  that Isaac Newton once dissected a dolphin on a coffee shop table. The London Stock Exchange was born at Jonathan’s Coffee House in Exchange Alley.

So for us to gather with friends, family, neighbors and coworkers and enjoy coffee in its various forms is nothing new. We are just coming up with new ways and new places.


By all accounts we shouldn’t even like coffee. For many of us the main reason to drink coffee is for its caffeine. The main flavor descriptor for caffeine is bitter and humans have developed an avoidance of bitter flavors because they are often a sign of toxicity according to Penn State researchers. “Being able to avoid bitter plant toxins gave our ancestors an evolutionary advantage.” the researchers noted. A study by Northwestern University found that coffee drinkers were actually often “super tasters” who have a greater sensitivity to bitter flavors.

So, as a diehard coffee lover why do I love my coffee so much?  The caffeine is actually in the plant as a natural insect deterrent, but I am unnaturally attracted to it.

It’s a classic case of conditioning. We have learned to acquire a taste for the caffeine (aka bitterness) because of the positive reinforcement we receive from the caffeine. We are all by nature Pavlov’s dog! After a few experiences where we connect the bitterness with the energy boost we yearn for more and more.


As a roaster it is my job to bring you the most flavorful cup of coffee day after day. I’ve spent years learning the intricacies of each and every bean and how to bring out the most flavor from each. Some beans need a darker style which is very popular because the darker roast tends to cover up more of the “bitter” flavor. Darker roasts are often enjoyed more by people who use milk and sugar to cover up bitterness. Many consumers enjoy a much lighter style where the beans' inherent flavors will be more pronounced.